A Saal lun* is a collaborative event (lasting approximately four hours); it is a utopian or heterotopian space, where one can deal creatively with a social conflict and perhaps find unusual or surprising solutions. Saal Lun*s take place as part of Caring for Conflict, a project of cultural education, which seeks for creative forms of dealing with conflicts. Feminist and queer cultures of conflict are a source of inspiration.

Saal is the German word for “hall” and lun* stands for lunatic or luna (moon): asking for crazy ideas, seemingly coming from the moon.

A salon is (not) a saloon is a Saal lun*

The Saal lun* connects to while also distancing itself from the salon as well as the saloon. The name carries a critique of bourgeois, occidentalist cultural production and the US history of settler colonialism, without negating that this is part of its geneaology.

Different people are welcome at different spaces – or not: this is communicated more or less explicitly, more or less subtle. Door policies can turn out to be brutal forms of exclusion. Yet, they can also contribute to creating safer spaces and to empowering disenfranchised people.

What are door policies good for? Whom do they protect? Who designs them? 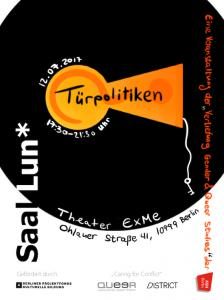 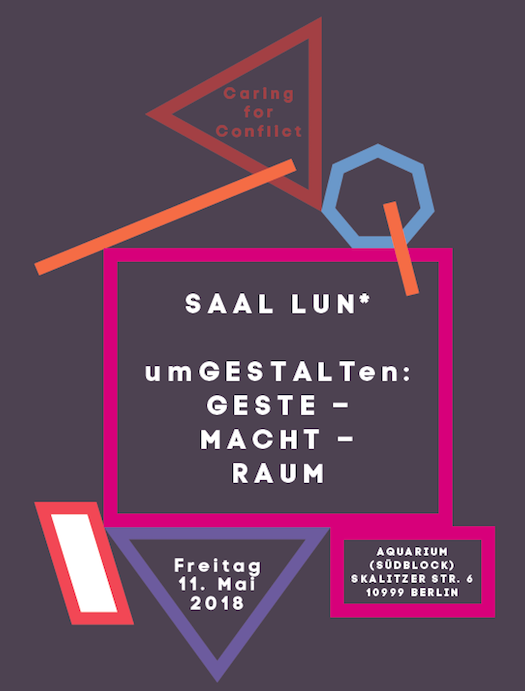 Saal lun* No. 3 – Collective rehearsal for another classroom