I was led into joining Caring for Conflict (CfC) project through an understanding that caring for conflict as an approach could potentially flesh out queerer ways of living and doing things together. My then rather simplistic rendition on the project’s premise was: how to deal with conflict in a caring way? This idea suggests that the often tumultuous collective dynamics of complexity and intersectional differences need not be resolved quickly but instead dealt with pleasure for the unknown. Conflict then was perceived as something that is exciting and sought for. 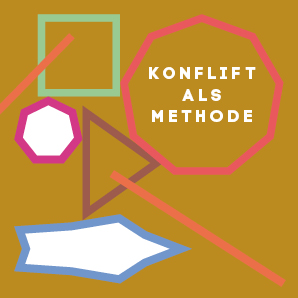 Practically speaking, since 2017 the project has allowed me to participate and contribute to moments of discussing, plotting, designing, debating, making things together with the different project participants. All of these experiences culminated into the concept called queer cultures of conflict, i.e. capacities for intimating unknown possibilities, proclivity in approaching conflict open-ended and a readiness to imagine things that are yet to exist, in the wake of escalating tension and confusion.

In a later stage of the project, instilled also by situations in my work and personal life, I have become more observant on how conflicts tend to happen anyways, whether sought for or not. Concurrently, participating and contributing to the different phases of CfC has made me more sensitive to instances in which subtle, and not so subtle, conflicts are shaped by the relationships between caring practices and their failures. I am referring now to how the need to and for care in the so-called cultural education activities are inherently encumbered by their framing as ‘projects’ in the art context, particularly with regards to time constraints and invisible labor.

The question that the CfC departed from was: how to organize caring for conflict in queer world-making. But in the course of  time, such an inquiry has also taken form as a queer engagement with the kind of conflicts that arose from the relationship between practices of care and their falling short. In this sense, caring for conflict configures a double bind: caring for conflict also means embracing conflictual dynamics within caring practices. Key here is to move beyond the romanticized valuation of care as a container of warm and fuzzy feelings that defuse conflict, and to pay heed to its flipside as well, when caring is fraught with conflict potential.

Around 20-30 participants, mainly artists, educators and researchers from different disciplines, participated in each of the two stages of CfC. I assume many of them were drawn to the project’s queer feminist resonances. There were also others who joined because they wanted to bring in their years of experience working in arts education and/or enrich their practices by teaming up with other participants.

Working in different thematic groupings and engaging with different communities, a number of working groups consisting of 2 up to 10 people wholeheartedly initiated, participated and organized events, workshops, presentations, exhibition-making and festivals. Each of the participants received financial remunerations and production budget managed by the orga team, i.e. the core team handling the communication and administration of the funding received from the Berlin Senate.

These various elements such as passion, curiosity, solidarity, expertise, criticality, labor, community-engagement, pedagogical approaches, artistic practices, research, material provision, mixed with communicational activities, events organizing, time management, financial administration and so on formed an assemblage that supposedly functioned as an infrastructure of care. This was an infrastructure which has been developed through and for the interaction of those who are involved in the cultural education project; both in the production and the reception side.

Infrastructure is commonly understood in physical terms, as denoted by transportation, energy and communication systems. But the pairing up of infrastructure and care here would allow us to pay attention to relational environments where both material and immaterial conditions as well as their functionality and failure of care generate or hinder conflicts.

According to Ara Wilson (2016), when infrastructure works well, things tend to get too comfortable so that we tend to stop seeing it anymore. So, the challenge for a queer feminist critique is to continue its commitment to unsettle as soon as such an infrastructure of care indicates a transition toward forming another status quo. In the case of CfC, this critique was reflected by a shared concern among the participants about whether the infrastructures of care that emerged from the project are able to really address what is needed and urgent amidst the all-too-well-known precarious conditions that characterize artistic and cultural lives in Berlin.

From Self-Care to Caring with Others

In the second iteration of CfC, Francis Seeck and I were invited to facilitate a series sessions, called Arena. This event is held so that the project participants could engage in reflective conversations and to share and exchange experiences. During the second Arena session, we offered self-care as an entry topic of the collective sharing. While the various stories shared by the participants were so richly nuanced, what resonated to me from that event is how for many of these artists, activists and educators their individual struggles in carving out and maintaining a good life are often times quashed by capitalism and patriarchy’s systematic refusal to value care as labor even as they profit from it.

Addressing these individual hardships in the group setting of Arena, also predisposed the participants to questioning around caring for others and with others. What if rather than offering a transformative experience, caring for conflict is more about opening up spaces for maintaining and repairing togetherness in the face of multiple and ongoing conflict? What can one do with each other, to make one’s as well as others’ lives more bearable? How to care to peers who are dealing with difficulties that emerge in a whole different context, while we are also in need of care?

The collective reflection also once again revealed the ever-present dilemma between temporality and sustainability: Can the temporary moments of co-presence supported by CfC sustain the different practices and understandings of care? How much is this collectively formed care then bound to the temporal burden of an art project?

The Conflicts of Caring for a Project

To point out the elephant in the room in the collective reflection of care in the context of an art project such as CfC is to reveal the following: caring practices in the context of socially-engaged art project, and especially their lack thereof, are a (re-)source of conflict. This is usually not considered in the common conception of social art project as temporary and future-oriented activities. It goes contrary to them being constantly measured through their ‚impact’. It is exactly this model that is still registered by most official public fundings as means for justifying their investments.

Despite of years of self-immersion in socially-engaged art practices, to me there exists still some critical blind spot when it comes to how care is involved in this dominant understanding of art project. Does care matter at all in an impact-driven agenda? And if it does, who does the caring and who cares for the carers? If in the case of CfC, these are the privileges and responsibilities of the so-called orga team, how much care got entangled into relationship of accountability and distribution of power? And how, or why, do both the orga team and participants enact care for the project? If we return to the idea of care as a necessarily repetitive practices of making life bearable amidst vulnerability, how does the finitude of an art project diffract the long-term needs to, and for, care?

Thinking along this set of questions has led me to witness the upper-hand of queer feminist desire for and pleasure in transformation in an artistic project. One that particularly views ‘change’ for the better not in some grand gestures toward some abstract, totalizing future, but more about maintaining an open engagement with small and concrete steps as responses to present potentials.

This is suggested by the different participants mainly through a range of micro-practices that they had developed. Some participants created small-scale, informal spaces for everyone to check in with each other, breathe together, and when the time feels right address budding conflicts. Both, the orga team and the project participants, also embraced a working and communicational rhythm that is less hectic and slow-paced. The artists involved in the Radiokörper working group for instance developed habits of bringing in snacks and incorporating tea drinking rituals whenever they encountered the group of youth or when they met among themselves.

Destabilized through these queer feminist micro-practices within CfC, social transformation no longer need to be burdened by the dominant, heteronormative model of growth, success and sustainability that had been ignoring regenerative challenges, depleting resources, bodily vulnerabilities and ongoing structural violence. They reintroduce meaningful engagements with present and future imaginations without surrendering to naive optimism nor banal fatalism. They ground the caring aspects of artistic engagement and cultural activism closer to the precarity of the persons behind them and those whom they cared for.

Ferdiansyah Thajib is a researcher and community educator. Ferdi is a member of KUNCI collective in Yogyakarta, Indonesia. He also recently joined the Committee and the ProgramCollective of District*School Without Center in Berlin, Germany. His lifeworks are situated in the intersections of theory and praxis, with specific research interests on queer modes of endurance and forms of affective entanglement in everyday life.